Cycling as transport. No special clothes needed. No fancy gear. Just people and bikes dressed for the destination.

The Rideau Canal Festival held a bike chic fashion show on the weekend. Ottawa Cycle Chic had a rough idea of what to expect and we were not surprised.

Models preparing for their fashion ride

I was not thrilled with the choice of bikes for the fashion show. This is the only model that has a bike suitable for her outfit. Even then, white jeans and no chain guard...not a good combination.

Of course, part of the show featured local designer Richard Robinson. He lived up to his colourful reputation.

This young lady waiting for the bike chic show was actually the only one present who actually had a chic bike. She obviously understands that the bike needs to match the outfit. Something perhaps, that can be considered the next time such a show is put on. Still, it was 20 minutes of fun.

Bike: Opus
Posted by Ottawa bike guy at 7:15 AM 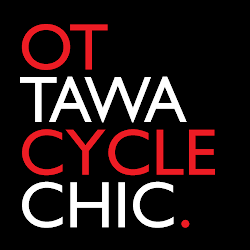 Ottawa Cycle Chic appreciates any comments you may have, but a few simple rules apply. Keep it clean and keep it respectful. That's not so hard, eh?

Inspired by the original Cycle Chic™ from Copenhagen.

Interested in being a part of Ottawa Cycle Chic?

If you're interested in being a part of Ottawa Cycle Chic or you have some photos to share or if you are interested in collaborating in any way, email ottawacyclechic@gmail.com


Ottawa has got style 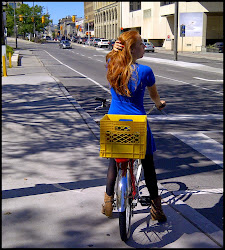 World Cycle Chic and other links 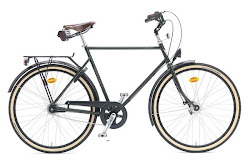 Unless otherwise credited, all images on this site belong to the author. You may use the images posted here for non-commercial purposes, if in doing so you credit Ottawa Cycle Chic and provide a link to this site.